IF YOU ARE ON A CELL PHONE, THE ADDED FEATURES (PLATFORMS, SHORT STORIES, YEAR AHEAD, ETC.)  CAN BE ACCESSED FROM THE TOP LEFT HAND CORNER (THE STACKED LINES SYMBOL.) ALSO, THE ‘TRANSLATE’ & WORLD CLOCK WILL APPEAR AT THE BOTTOM. 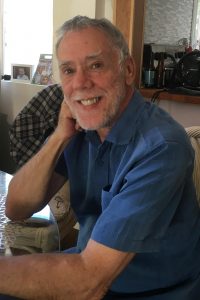 All times / dates: Please remember that all time references (e.g., “dawn”) are PST – Pacific Standard Time zone. You can refer to the World Clock in the sidebar for a listing of various world cities or Google ‘time zone converter’ for your own zone.

(As noted last week, these might be sporadic, shortened, or even missing from time to time.)

Continue to lie low, to rest and to forgive others. You might join a management team, or be called into closed-door discussions. The weeks ahead will feature groups and friendly romance — a wish will come true. Chase $ Sun./Mon. Errands, talks, trips Tues. to Thurs. — success Tues., deception Thursday. Head for home Fri./Sat. — love, security, domestic success.

Wishes can come true, Taurus. A social, popular, optimistic week. Despite this, pressures will start to grow on your career scene — a romance might pop up there, too. Your energy and charisma surge upward Sun./Mon. Chase $ Tues. to Thurs. Shop Tues. Errands, visits, talks, paperwork Fri./Sat. — Saturday best.

Work, drudgery and more work for another 2 weeks, Libra. That’s actually good, sets you up for more money. Simultaneously, your romantic sphere starts to heat up (until mid-April). Late March could ring a significant bell here! Sunday/Monday are for sex, secrets, finances, research, and life changes. Be cautious. Mid-week brings intellectual, legal, cultural, far travel situations, and possible fame — or love. Charge ahead with these Tues. and Wed. (Thursday’s a bit empty, deceptive.) Be ambitious Fri./Sat. — Saturday’s better, but both days offer “upward momentum.”

Romance, romance, Scorpio — if single, chase it to May! For the unromantic – creative, risk-reward, beauty and pleasure seeking all bring fortunate results. Simultaneously, now to mid-April, your domestic scene livens up — in a sweet ’n’ sour way — more work, more arguments, but more affection. You might end an affair. Sunday/Monday focus on relationships, with “middling results.”

Your domestic scene is uppermost for the next 2 weeks, Sage — although your great, once-in-a-decade good luck here lasts until early May. Still, not much time, so make some decisions. The month ahead (and part of April) will increase trips, calls, texts, paperwork. Tackle (routine) chores Sun./Mon. Relationships, opportunities fill mid-week — be diplomatic, but charge ahead here, esp. Tues. and somewhat Wed., as good luck prevails. Lust, secrets, spying, research, investments, debt reduction, lifestyle choices — these fill Fri./Sat., better Saturday.

The general accent lies on money for the next two weeks, Aquarius. Do all you can to earn more, and/or to put yourself on a new earnings plateau. A casual sexual affair might start. Now to early-mid April your magnetism simmers like chili — others will be attracted yet cautious — they find you hot and sweet. Be home, with family, Sunday/Monday. Take a relaxed stance. Mid-week perks up your romantic sensors — and/or your creative, risk-taking, beauty-pleasure-seeking side. Plunge in here, as fortune accompanies you, esp. Tues. (and some Wed.). Tackle chores Fri./Sat. — this interval ends well, with satisfaction over a job well done. (Good day to seek employment, too.)

You’re still on top, Pisces, for two more weeks — filled with energy, charisma, hope, action, and effectiveness. Continue what you started last week, or start something new. The romantic planets, Mars and Venus, shuttle into your background, private area until early-mid April, so romance will “go underground” or into private interludes, and might not seem so available. But your ambition, good luck, and optimism will stay strong and healthy until early May.

THE REASON the weekly forecasts above are so short, is to give me time to write other things, which I’ll start doing in this space for now.

And I apologize that the announcement last week was so bold and abrupt. I’ve actually been thinking of making such an announcement for more than a year now.

I’m sure this blog will lose visitors. But that’s okay. It’s main motive was to attract clients, but I’m not in a client-pursuing mood. I want to follow my Dream. I am almost 74, it is now or never.
***.  ***

HILLARY: When I’ve seen her in photographs or on TV the last few months, I see widened eyes staring with a kind of permanent, mild shock into the future — a gradual emerging recognition of the road she is on. Yet she hasn’t left it, she pursues the same goals . But the more often you tread a path, the deeper the rut becomes, and the more uncomfortable it becomes to leap out of that path and into new unfamiliar areas.

I suspect her main misgiving or worry is public rejection, because that would wound everything, especially her pride. She is not as concerned about her inner circle nor her power. In these she feels secure. The possibility of a criminal indictment does not seem to faze her.

But she’s getting old. She must recognize that there is a wall at the end of 10 or 5 or even 20 years. This realization that the end of life draws near, must contribute to a certain spiritual unease, an unease that she is attempting to ignore or repress using the vehicle of ambition. These are all my suppositions, and are supported by very little fact.
***.  ***

REMEMBER, 2 or so years ago I pointed out that Trump’s Attorney General, Bill Barr,  had been so intimidated by the Dem-Hillary mafia, that his eyes fluttered as he spoke of Durham, the Special Counsel. (Rapid blinking is a sign of lying.) Here was Barr, a big, portly lawyer with a reputation for calm deliberation, revealing w/o words that he was afraid — I mean in real, secret fear — so much so, that he was abandoning or betraying Trump, his boss.

Now it appears Barr has written a 600-page book, whose main thesis is that Trump is a madman and the Republicans should abandon him. So Barr the coward has turned to lick the hands of the masters (Dems) who threatened him. (With, I suspect, thinly veiled threats of a lifetime in an FBI dungeon, or perhaps death, harm to family members, etc.)

Maybe they innocently charged Trump with Russian collusion, when they knew it did not exist. Maybe they did not actually manufacture that collusion hoax. Maybe they did not bug phones and computers in Trump’s campaign, and later his apartment and his White House (now proven by Durham to be fact). Maybe the Dems did not rig the 2020 election. Maybe Zuckerberg did not distort the voting access. Maybe Twit Dorsey and Google and Facebutt Zuck did not hide the real news on the eve of the election (Hunter’s crimes, and Joe’s treason, “pay for play”).

Perhaps the Dem AG, Garland, did not sic the police-state FBI on parents who did not want their children raped and sodomized by teachers and their new “protocols” (e.g., let boys into the girl’s bathrooms so they could commit rape — and then cover it up, and have a father arrested because he wanted to know why his daughter was raped). Is all this yellow journalism?

PUTIN’S big mistake was to start a war that showed the world a choice: old, warlike conditions, or democracy/Ukraine. They chose Ukraine. Putin’s mistake was to think the world would not respond so massively and collectively to his bully war. In the big picture, his invasion, a very traditional military operation, will draw NATO and the U.S. into a power block, and, perhaps, on the other side, Russo-China. (But Xi’s pretty shrewd: he won’t join a loser, which Putin is becoming).

In the big picture, the Ukraine invasion is showing the world the futility, cruelty and nonsensicalness of war. Someday, the Ukraine war might be known as the war that ended our taste for war. Actually the taste has already fled, perhaps in the last twenty years, but this war somehow will encapsulate that mood/zeitgeist, as a permanent symbol for a century or so…
***  ***

I guess what’s most disheartening about this Ukraine affair is the real time cowardice of Europe and America.

Putin has invaded a country in Europe, without provocation. He is purposely bombing civilians.

A 40-mile (65 km) line of tanks and other military vehicles, some 3-abreast, is snaking slowly toward Kiev — and has been for at least 3 days (as I write this, March 1). It is reportedly now on Kiev’s outskirts.

Ukraine is bordered on the west by NATO countries, Romania, Moldova, Hungary, Slovakia and Poland. It would be very easy to ship massive modern weapon supplies through these borders to the Ukraine military — a task that should take not even several days, but 1 day, or mere hours. More armaments could be pushed through friendly country borders than the Russians have deployed in their entire invasion force.

Nor is there any “border” which would prevent NATO or American bombers from entering Ukraine. That 40-mile line-up of tanks waiting to destroy Kiev and its citizens? A few of the right jets or attack helicopters could make it a 40-mile graveyard — in minutes. Mere minutes. But Europe and America fret “Oh, Putin might trigger a nuclear war if we help Ukraine.” Oh dear, dear!

Listen, you UN and EU and US suits — Putin is in a foreign country, on a thieves’ mission (and a murderer’s) — if his hands get burned, is he going to run back to Moscow and order the destruction of the world, including his own world and life? I don’t think so. And if such a superficial, bullying threat can make the West’s pants fall down, then we might as well hand the world over, now, to Russia, Iran and whomever else wants to shake an atomic fist. If. You’re that worried that Putin will start a nuclear WWIII, kill him. It can’t be that hard.

The West has to realize that Ukraine is an independent country, it does not “belong” to Russia. If anything it belongs to Europe broadly, or more so, to the community of free nations around the world. Putin made a big mistake. The West might make a bigger one by genuflecting to his cold cruelty.
***.   ***

Putin’s problem is that he’s all about power. This leaves the rest of his life empty — of love, family, nature’s beauty, friendship joys, relaxing on the back porch with a lemonade… (Yes, I know he’s married, but what does he share, in heart, with his partner?) This leaves him without resources to entertain himself, be with himself, etc. — he needs an outside object. If he’s not pursuing power or skullduggery or evil, he has nothing to do, he’s empty. That’s the trouble with evil: it’s empty, void of refreshing humanity and human contacts.
***.  ***

PUTIN’S THREAT of nuclear war brings up an interesting question about Hitler. In those final hours in the bunker (with Eva?) knowing it was all over, about to kill himself, if Hitler had had a nuclear arsenal equal to Russia’s, would he have elected to kill the entire world as well as himself, or just to die alone?